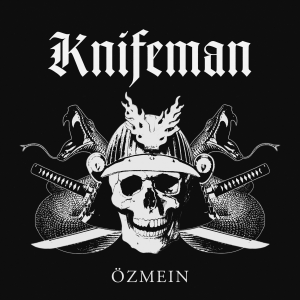 In the eastern regions of the Ukraine you will find mostly nice landscapes, broken nuclear plants and bloody political conflicts. Perfect breeding ground to form a really, really pissed hardcore band.
KNIFEMAN are a trio from Kharkiv and did exactly that. The mix created is complex layered on a base of stable and carrying bass guitar and drums . This allows the guitar to break out in a manner that shows a love CONVERGE and bands alike. Still KNIFEMAN always find their way back to a pounding dis-beat without becoming boring.
This record is a must for fans of bands like TOTEM SKIN or BACCHUS.

The A-side of this record contains the ÖZMEIN-album while the vacant space on the B-side is used for songs of previous EP’s which untill today are only available in digital form.
All fellow vinyl collectors, please note: 100 copies come pressed on red wax, the rest will be regular black. First come, first serve! 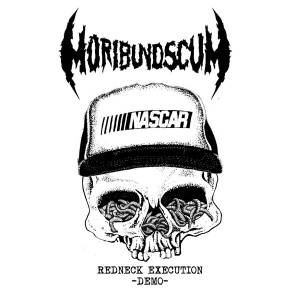 Originally released 2013, the „Redneck Execution“ -demo built the fundaments of what is now the sound of Moribund Scum.
7 thrashing crust songs take no prisoners, the lyrics are direct yet thoughtful and deal with topics like religion, fascism or body shaming. All in all Redneck Execution shows perfectly how talented the musicians in Moribund Scum are and how much love and effort they put into their music. The following releases „Into the void“ and the split LP with partners in crime Exilent „Renewal“ continued this path.
The tape version of Redneck Execution was available on concerts and sold out soon. Twice.
Five years later, Moribund Scum decided to put out the demo one more time, but this time on vinyl. In colaboration with yours truly this release was executed.
The record is now pressed on white wax, with an inside-out-cover and inlay. The edition is limited to only 250 copies, so you better be fast! 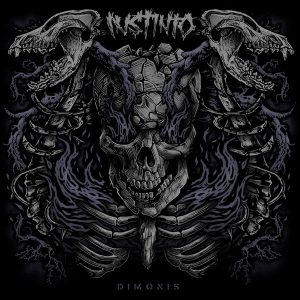 Instinto strike again with their second release titled Dimonis after their killer debut lp from 2012, Instinto include people who are/were involved in bands such as Totälickers, Afganistan Yeye’s, Infäme, Disundead, Hijxs Taradxs and others.The record comes with great artwork and consists of eight songs of crust punk remenescent of bands like Tragedy and From Ashes Rise or Wolfbrigade. there is a high level of quality in everything, from guitar work and melodic lines to rhythm section and from the shouted vocals to the sound quality of recording. There is a metal feeling in guitar and adds some more heaviness, the melodies are emotional, there are some mid paced metallic parts giving air and breath. Yet, there is no any weak moment here, not filler songs, the band delivers the crust goods in every song. All and all this is a great record with nothing to complain about. if you are into the aforementioned bands then walk in, if you are not then walk in too cause this is raging melodic crust at its finest.

Packed to the brim with galvanizing riffs, breakneck solos and thunderous d-beat comes „Into the void,“ first full-length from MORIBUND SCUM. „Into the void“ is an absolute masterclass in venomous, ripping metal/thrash. Everything is still wrapped around d-beat, thrash and crust, but there’s even more of an emphasis on ferociously catchy guitar wildness than ever before. If you are into music like Cancer Spreading or the alike, this band is definitely for you!

Hailing from Giessen in Germany, DERELYCTION play a furious mix of crust and metal with members of bands like MANTIGORE, VERSUS, NOCTALIS or PESTPOCKEN. The band’s sound is a thrashy metal with a noticeable love for crust and punk. Even being closer to the thrash sound, it all comes back to D-beat roots. The lyrics range around topics like war, depression and insanity the band wraps them up in a perfect sound of dystopian metalcrust under the well-deserved label „anti-human crustcore-voilence“ 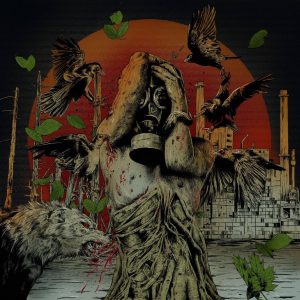 Grindcore-Heroes HERIDA PROFUNDA from Poland and the famous HELLBASTARD from Great Britain meet up for this beautifully executed Split-release. HELLBASTARD need no further introduction, the band that gave crust music it’s name shred 5 raging thrash-crust songs two of them being re-recorded old songs that come around even more angry than the old versions.

HERIDA PROFUNDA add 10 songs to the split, the longest being the outro of 3 minutes, the shortest song is a NAPALM DEATH cover only being one second long. The rest tells all that has to be said about police violence, animal rights and fascist confrontation in less than a minute and a half. This is perfect crusty grindcore, right on point!

The artwork is done by GRAVELORD ARTWORK and deserves a special mention, as it is strikingly beautiful. Alltogether a great mixture of crust and grind in a magnifiscent packing!